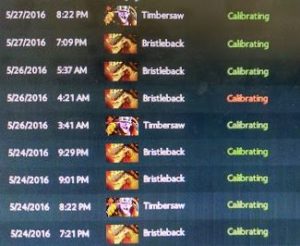 Are you having a great performance in playing but ending the game with a losing result? Smurfing might be the way to get the MMR you wanted. But remember your MMR will be the representation of your placement after you play your first 10 ranked matches. Represent your MMR by playing your matches right.

In smurfing you need a new account. After you created your new account expect that you’re going to playing with bunch of new players without the experience in playing Dota 2 or any MOBA before. But it’s worth the try playing with them since you’re the one who has enough experience in playing and most likely the exposure in playing in the game. The only thing that will take long is leveling up your account to level 20 to unlock the ranked match games, it won’t take long as long as you play and play and play. 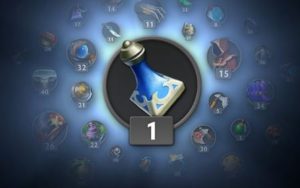 Once you’ve unlocked the ranked match games, by default your MMR is in “TBD” phase since you will only start playing your ranked matches. Since I’ve done this twice, here some of the pointers I want to share to you to get atleast 3000+ MMR.

Split pushing or “rat gaming” is a next level of gaming strategy that will not require you to kill heroes in exchange of destroying their base. This “ratting” style of playing will not be successful if your team will not coordinate to each other. Pushing their towers won’t make sense at all if you’re allies are not doing their job.

Players who took MMR seriously are the persons we can rely on ranked games even if we play it with the PUB people. The only problem is when we encounter troll players that might bring the games down. They play the game seriously like you which make it a shared objective.

Deal with it, raising MMR is a common struggle in playing Dota 2 and smurfing might be one of the ways to get better MMR results.