Perks of Teaming Up with OP Players

Few days ago as I play Dota 2 over the weekend, I noticed that there is a specified hero that I will encounter again and again. It’s either on the Dire side or the Radiant Side. Naming the heroes like Invoker, Tiny, Slark, PA (Phantom Assassin), Juggernaut and Tinker. Playing with these heroes is a great thing but once they’re against you it can be the worst play of your day. 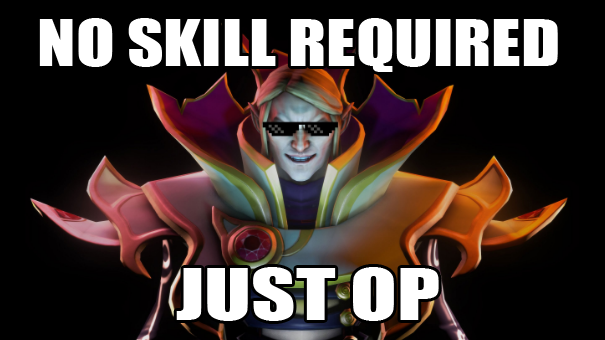 Are these heroes really OP (OVER POWERED) to play repeatedly or does these heroes are just easy to use where it comes to the point that you can abuse their abilities?

From Basic Heroes to OP Heroes

When we say basic, it stands for easy to use, not complicated or easy to manage. Basic heroes with 1 or 2 active skills can be considered as basic heroes like Sniper, Drow Ranger or Axe can be played by players who are just starting to play the game.

These basic heroes become OP heroes if the person playing can do what is the unusual. Most of the players of the game criticize the person’s playing style by judging the heroes current built items. I encountered this situation when the Sniper in our team builds two (2) Mjollnirs instead of 1. His teammates told that “OUR SNIPER IS THROWING THE GAME”, “SNIPER IS SCRUB, PLEASE REPORT” because of what he built for his hero. But it turns out that, building 2 Mjollnirs is not a bad idea. The person playing as Sniper led our game to victory. It’s weird but it’s great.

We also encounter not-so-skilled players but once they use an OP hero, they play OP right away as they build the recommended Dota 2 Items on their list. There was this time that I played with my friend; I know that he’s not so-skilled in playing but the way he plays as Death Prophet was not bad at all. He can’t play other heroes other than Death Prophet because that hero was OP for him.

This became a big matter when the most OP hero for you is against your side. The feeling of fear that you might lose against the hero you usually use is natural but you can find it interesting since you know more about that hero and what he can really do. I mean, use the knowledge you know to beat that hero since you used to play with it. In that case, it’s not OP at all.

The OP Conclusions: Heroes or Players

As I breakdown the thoughts of being an OP player or using an OP hero, I realized that not at all points this stuff really matters. In this generation of gaming, fulfilling the role and playing as the team pleases you is all that matters. 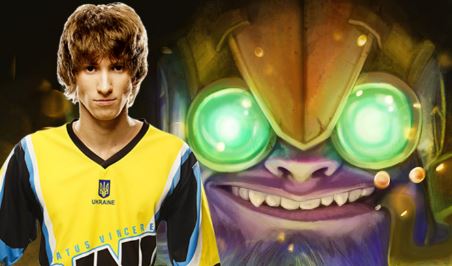 But the thing is, these stuff matters to players who analyze everything related to game. I believe that, players who take this game to the next level are the players who win a lot. They know how the game flows, they don’t care if the hero you use is OP or not as long as you perform your hero’s role properly.