Never before has the Hollywood film industry done something as grandiose and epic as to merge multiple movie franchises/series into one massive universe, involving all of said franchises/series into a unified, entangled, and over-arching storyline spanning multiple phases. Such is the critically acclaimed and widely renowned MCU, or Marvel Cinematic Universe, created by Marvel Studios.  Started off by the first contemporary Iron Man film back in 2008, the universe quickly grew through its momentum as it added one superhero movie franchise/series after another. Iron Man was followed by The Incredible Hulk, Thor, and then Captain America. The four superhero franchises then were all fated to lead up to a crossover movie – The Avengers – which was a popular hit around the world back in 2012. This started the superhero craze in Hollywood, which spawned more media content such as movies, TV series, and games all falling under the superhero genre. 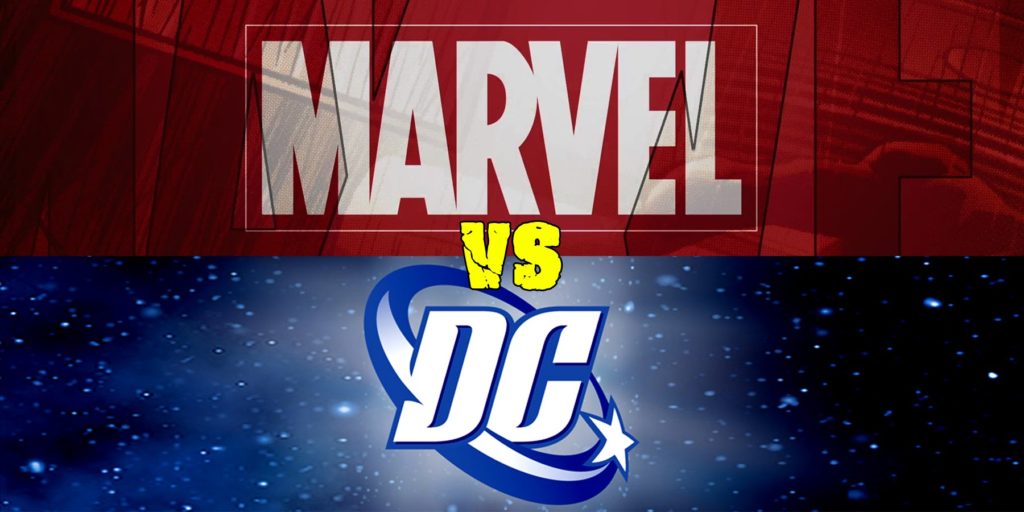 After witnessing the explosive success that is the Marvel Cinematic Universe, DC (Detective Comics) / Warner Brothers, Marvel’s competitor, immediately followed suit to bank in and capitalize on this superhero bonanza. DC launched the DCEU, or “DC Extended Universe” – a superhero cinematic universe of their own to match that of Marvel’s. Despite DC’s efforts to catch up with the greatly-advancing Marvel Studios, the former just seems to fail time and time again what with their movies being criticized severely by fans. Another competitor that has suffered an even greater failure is Sony Pictures, which owns the rights for the Spiderman franchise. Eventually, they scrapped their plans for The Amazing Spiderman trilogy and universe, and stopped at the second film only to share their flagship character Spiderman to the ever-evolving and ever-expanding Marvel Cinematic Universe. Sony wasn’t making as much profit as they expected, so they were left with no choice but to cut a deal with Marvel Studios. Yet again, the MCU has grown larger with another major addition to its roster of heroes. Another competitor of Marvel studios is 20th Century Fox studios, which currently owns the rights to the X-men franchise – something Marvel has long been eyeing to buy back. 20th Century Fox isn’t sinking or failing (yet), but it isn’t exactly thriving either, or at least enjoying the same level of success Marvel has enjoyed over the past 8 years. Fox has churned out some mediocre X-Men movies in its latest trilogy, which is a good thing for Marvel, because that way should Fox ever end up in a fiasco similar to that which Sony Pictures experienced, then there’s a good chance that Fox would sell the X-Men rights back to Marvel. This would allow Marvel full access to all of its characters and rights, so they can freely adapt all intertwining stories from the comics without any restrictions or changes. Right now, Marvel improvises and uses alternate superheroes/superhero groups to fill in for those that they currently don’t have the rights to. Despite not having the rights to all of their characters, Marvel always manages to rely on their creative genius to make up for this shortcoming, and they still have plenty of superheroes to choose from in their roster, so it’s not like they’re gonna run out of ideas soon. The barrel is deep in terms of how much story content and character mythos they can bring out to the big screen. Since the comics have over 50 years’ worth of rich history and diversified stories, Marvel shouldn’t worry about materials to draw from. They may not be able to use the X-Men yet, but they do have the Inhumans. Such is the resourcefulness, creativity, and ingenuity of the creative minds in Marvel Studios, when faced with a handicap of limits. 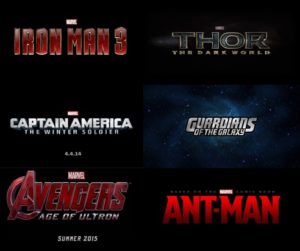 Phase 2 of the Marvel Cinematic Universe

As the first Avengers film marked the end of phase 1 of the Marvel Cinematic Universe and consequently the beginning of phase 2, a handful of new superhero characters and franchises were added to the universe. Superhero franchises like Ant-Man, Guardians of the Galaxy, and Doctor Strange have been successful additions as franchises; while new characters such as Falcon, Black Panther, Scarlet Witch and the Winter Soldier have been successful additions as fan-favorites. Another new superhero addition, Quicksilver, was added in the second Avengers film only to be killed off in the near-end. Avengers 2 was criticized as a mediocre entry that shoehorned one comedic one-liner after another, but Marvel Studios continues to stand firm in its stronghold. With a successful follow-up in the form of the third Captain America film subtitled “Civil War”, Marvel Studios continues to rake in global box office ticket sales and another barrage of pompous praise from reviewers, industry experts and fans alike. 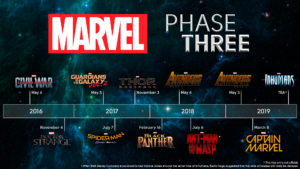 Phase 3 and looking ahead in MCU’s future

With McGuffin plot devices such as The Tesseract, Infinity Gauntlet, Aether, The Orb, Eye of Agamotto and Loki’s Scepter, whose names almost sound like something out of an MMORPG (runescape items, anyone?), the plot continues to thicken and move the MCU towards phase 3. Kicked off by Captain America: Civil War, followed by Doctor Strange, the infinity war storyline is just around the corner. Word has it that all franchises in the Marvel Cinematic Universe family, including the TV series Marvel’s Agents of Shield, along with the Netflix Series like Daredevil, Jessica Jones, Luke Cage, Iron Fist, and Defenders would eventually crossover in the final Avengers films part 3 and part 4. This is an exciting time to be alive as a comic book and superhero genre lover/fan!

It’s inevitable. After phase 3, comes phase 4. A lot of Marvel Studios’ A-list actors comprising the original avengers will have retired their roles by then through the eventual expiration of their contracts. Then again, they can always renew their contracts with Marvel and sign up for a couple more pictures. Who knows, at this rate when they’re enjoying so much success, anything is possible. They’d be fools to step out of this continuous stroke of luck while it lasts. Robert Downey Jr.’s pay grade is getting more and more expensive as time goes on, but his agent can always negotiate a reasonable deal to meet Marvel halfway. The other actors won’t be a problem, should they choose to stay for the long haul. 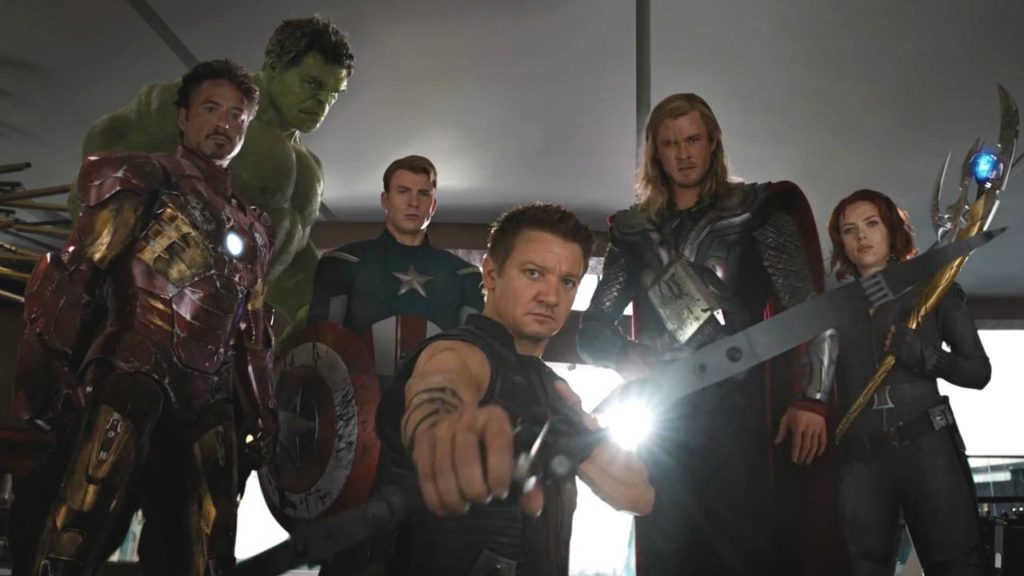 Either way, should the original line-up of actors retire or not, Marvel still has a lot of superhero characters to introduce to the big screen. They have deep pockets and can take more risks than any other film studio, considering they are owned by mother company Disney. Marvel has planned their release slates/schedules all the way to the year 2020, so there’s no reason to think they haven’t considered what lies beyond for them. The future is bright for the MCU.