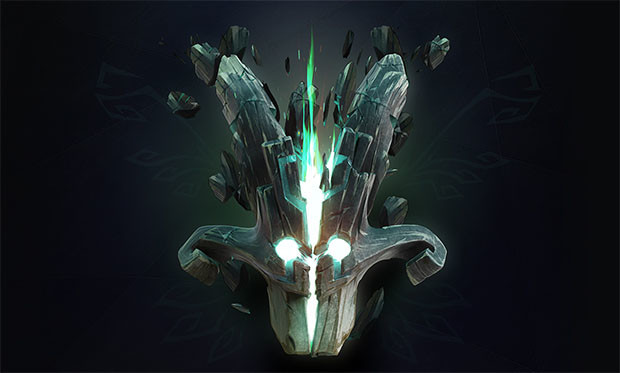 A few months back, DoTA 2’s loyal and somewhat rabid fanbase had to make a pivotal decision that changed the game forever: between Juggernaut and Io, who is going to be granted an Arcana? After a long and chaotic voting period that caused much temporary division, Juggernaut came out the victor. Now, the Arcana has finally been released, waiting to be a part of people’s DoTA 2 account. See for yourself the much talked about Bladeform Legacy.

A Controversial Win And Result

For those new to the scene, you might be wondering, what’s the fuzz with merely and purely cosmetic item? Well, to the DoTA 2 community, to call them as such would be borderline heretical, as Arcanas are a big deal. This is because they, the community, decide which heroes get to have these status symbols. For a hero to have one, it means he/she/it is well-loved. On the other hand, for a player to have one, it means he has the bucks. So every year, Valve makes the player base vote on which hero will receive an Arcana. For last year, the final two nominees are Juggernaut…and Io. Yes, a glowing ball that you can’t even put cosmetic items on.

Unsurprisingly enough, given how trolling the community is, Io was winning, according to some. In the end, however, Juggernaut prevailed. It’s a shocking, come-from-behind win that Io fans claimed that Valve rigged the votes. Anyway, Juggernaut’s win is a win, clean or otherwise. That’s why last March 15th, along with the the usual buffs and nerfs, the UI change in Captain’s Mode, and Jakiro’s long-overdue visual update, Juggernaut’s Bladeform Legacy Arcana finally saw the light of day.

Unfortunately, the item was met with the same level of negativity as the outcome of the allegedly rigged voting.  This because a lot of players found the design as uninspired, even lazy, as it doesn’t add much other than more particle effects in everything he does. To make matters worse, it’s blue – a color choice that made the Arcana seem like it’s cheaply ripped from Phatom Assassin’s Manifold Paradox Arcana, but also made him lose his iconic orange hue. It was something an Arcana shouldn’t do. 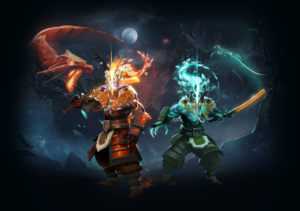 Crystal Maiden with her Frost Avalanche Arcana? She’s still wearing that signature ice-blue robe. Legion Commander’s Blades of Voth Domosh Arcana? Nope, didn’t change the hero’s fiery red and gold motif. Terrorblade’s Fractal Horns of Inner Abysm? Only added a few red particle effects and made him look like a DoTA 2 variant of that giant “robot” in the first Thor movie. Techies’ Swine of the Sunken Galley? It added armor plating and extra effects, not change the duo’s palette. We’ve already mentioned Phantom Assassin; no need for us to repeat something that would remind us of Valve’s lack of creativity on this one. 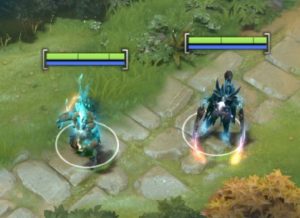 Then again, it’s just basically extra effects for Juggernaut. It’s not like it affects gameplay, right? Actually it does, as, like what’s been previously said, the design is easily confused with Phantom Assassin’s arcana. Some fans have proven this by putting Juggernaut Arcana and Phantom Assassin arcana side by side, and they are so similar that it’s so easy to mistake one with the other. There’s also another mix-up the Juggernaut’s Arcana creates. This time around, it’s because of its icon, which looks very similar to that of Leshrac’s. While this could be good thing for enemies, as it would lead to them being confused on which to attack or cast their single-target spell on, it poses a big problem for allies, especially when supporting.

Thankfully, being a game that’s big on community, Valve listened to the criticisms and decided to add another form to Juggernaut’s Origin Legacy Arcana. An orange one. It’s a rather perfect move, as it makes the Arcana more special because it has an alternate form, and it solves the hero’s item-tied personality loss problem and the confusion that stems from it. Still, said new form is not without its criticisms. While it’s good that it’s a lot more faithful to Juggernaut’s visual identity, it’s still uninspired and lazy, as it doesn’t add much aside from the fire-like particle effects.